Wattis Foundation Music Director Daniel Stewart conducts the ensemble in five concerts throughout the season, culminating in celebratory 40th Anniversary Concert on May 21

SAN FRANCISCO, CA—The San Francisco Symphony Youth Orchestra (SFSYO) celebrates its 40th anniversary during the 2022-23 season with five concerts led by Wattis Foundation Music Director Daniel Stewart. Comprised of more than 100 musicians ranging in age from 12 to 21 and representing communities from throughout the Bay Area, the SFSYO is recognized internationally as one of the finest youth orchestras in the world. The Youth Orchestra provides a tuition-free orchestral experience of pre-professional caliber to talented young Bay Area musicians, with weekly rehearsals led by Music Director Daniel Stewart. SFSYO members benefit from weekly coachings with San Francisco Symphony musicians and have the opportunity to work with world-renowned artists and conductors performing with the San Francisco Symphony.

On December 11, Stewart and the Youth Orchestra present the ensemble’s annual performance of Sergei Prokofiev’s timeless musical fable Peter and the Wolf, featuring stand-up comedian, writer, director, producer, and TV host W. Kamau Bell as guest narrator. The program opens with Leroy Anderson’s A Christmas Festival, followed by selections from Piotr Ilyich Tchaikovsky’s Nutcracker Suite. After Peter and the Wolf, Stewart and the Youth Orchestra invite the audience to join them in a festive sing-along of popular holiday tunes. The Youth Orchestra’s performance of Peter and the Wolf is an annual holiday favorite and has been a regular part of the Orchestra’s season since 1985. Past narrators have included Richard Dreyfuss, John Lithgow, Bobby McFerrin, Rita Moreno, Kathy Najimy, Linda Ronstadt, Sharon Stone, SF Symphony Music Director Laureate Michael Tilson Thomas, and the late Leonard Nimoy and Robin Williams, among many other lauded actors, comedians, musicians, and public figures.

On March 5, SF Symphony Youth Orchestra Concerto Competition winner and SFSYO Concertmaster Eunseo Oh takes center stage to perform Piotr Ilyich Tchaikovsky’s Violin Concerto with Stewart and the SFSYO. The program opens with Berkeley-born composer Gabriela Lena Frank’s Apu: Tone Poem for Orchestra, inspired by a Peruvian mountain spirit. “In Andean Perú, spirits are said to inhabit rocks, rivers, and mountain peaks with the intent of keeping a watchful eye on travelers passing through highland roads,” Frank writes in her composer’s note. “The apu is one of the more well-known spirits that is sometimes portrayed as a minor deity with a mischievous side who is rarely seen. Simple folk song and a solemn prayer often successfully placate the apu to ensure safe passage through the mountains.” The program closes with Beethoven’s iconic Fifth Symphony.

On March 18, Stewart and the Youth Orchestra perform an enriching and interactive Music for Families program, “Discovering Beethoven’s Fifth.” The Music for Families series is designed to introduce children ages 5 and up and their parents to the wonders of live orchestral music. Part performance and part family outing, the series consists of matinee concerts designed to spark the imagination of the whole family through an exploration of different aspects of the orchestra and its repertoire.

On May 21, for the final concert of the Youth Orchestra’s 2022-23 season, Stewart leads the ensemble in a celebratory 40th Anniversary Concert opening with Huan-zhi Li’s Spring Festival Overture, the first movement of a larger work that depicts the celebration of the Spring Festival, or Chinese New Year, with folk music-inspired themes from the Shanbei region in China. The program also includes George Gershwin’s An American in Paris, which was inspired by Gershwin’s visit to the city in 1928; and Igor Stravinsky’s The Rite of Spring, an exhilarating and revolutionary work that has had a profound impact on modern music since its premiere in 1913.

“The San Francisco Symphony Youth Orchestra has a well-earned reputation as one of the premier youth orchestras in the world and for fostering a lifelong passion for symphonic music among its members, alums, and devoted supporters,” said Daniel Stewart. “Through our concerts in Davies Symphony Hall and abroad on international tours throughout the years, the SFSYO remains a profound force for strengthening communities and positively impacting our world. It's with great pleasure that we look forward to presenting the special repertoire we have lined up for our 40th anniversary season, including Rimsky-Korsakov's Scheherazade, Beethoven’s 5th Symphony, Stravinsky’s The Rite of Spring, and works by local composers José González Granero and Gabriela Lena Frank.”

Recent highlights have included his acclaimed debut with the San Francisco Symphony in a program featuring Beethoven's 9th Symphony, and a 10-year extension of his music directorship of the Santa Cruz Symphony. Under his artistic leadership, the Santa Cruz Symphony has seen unprecedented growth and earned a reputation for innovative programming, frequent collaborations with leading international artists such as Yuja Wang and more than twenty principal singers from the Metropolitan Opera, and attracting exceptional talent to its ranks.

A passionate advocate of contemporary music, Stewart's close collaborative partners have included many leading voices of our time, including Esa-Pekka Salonen, Thomas Adès, Mason Bates, HK Gruber, and the late Karlheinz Stockhausen. His own compositions have received premieres at venues including the Aspen Music Festival, Tribeca New Music Festival, and Verbier Festival.

A San Francisco native, Stewart is a graduate of the Curtis Institute of Music where he studied conducting with Otto-Werner Mueller. He has also studied with Michael Tilson Thomas, Simon Rattle, Christoph Eschenbach, and Alan Gilbert. In 2010, Stewart was awarded the Aspen Music Festival's James Conlon conducting prize. He has concertized frequently as a viola soloist and served as principal violist of numerous ensembles, including the New World Symphony, Schleswig-Holstein Festival Orchestra, and the Verbier Festival and Chamber Orchestras. He has recorded for EMI with Maxim Vengerov, and toured extensively in more than forty countries.

Mr. Bell wrote a book with the easy-to-remember title The Awkward Thoughts of W. Kamau Bell: Tales of a 6′4″, African American, Heterosexual, Cisgender, Left-Leaning, Asthmatic, Black and Proud Blerd. Mama’s Boy, Dad, and Stand-Up Comedian. He is the ACLU Celebrity Ambassador for racial justice and serves on the advisory boards of Hollaback! and Donors Choose.

She was a prize winner at the National YoungArts, Pacific Musical Society, ENKOR Int’l Music, United States International Music, Peninsula Symphony Young Musicians’, Music in the Vineyards Solo Instrumental, Galante Prize, Korean-American Music Supporters’ Association, and WDAV Young Chamber Musicians competitions, and Creative Youth Awards. In 2022, she was a semifinalist at the Johansen International Competition for Young String Players and a recipient of the Emerging Artists Grant from the Berkeley Piano Club.

As a member of the Aveta Trio, she won the Gold Medal at the 2021 Fischoff National Chamber Music Competition. With her trio, she has performed at the San Francisco International Piano Festival, Rossmoor Chamber Music Society Next Generation series, New Millennium Chamber Series at Sacramento State University, SF Music Day by InterMusic SF, and NPR’s From the Top.

She began violin studies at age eight and currently studies with Zhao Wei at the San Francisco Conservatory of Music Pre-College Division, where she has previously studied with Ian Swensen. She is additionally coached by Susan Bates, Jeffrey LaDeur, Eric Chin, and Lisa Lee under Young Chamber Musicians.

As part of the SFSYO’s innovative training program, musicians from the San Francisco Symphony coach the young players each Saturday afternoon in sectional rehearsals, followed by full orchestra rehearsals with Stewart. Youth Orchestra members also get the invaluable experience of working with world-renowned artists, which have included SF Symphony Music Director Esa-Pekka Salonen, Music Director Laureate Michael Tilson Thomas, and Conductor Laureate Herbert Blomstedt, and guest artists including John Adams, Joshua Bell, Ray Chen, Yo-Yo Ma, Wynton Marsalis, Kurt Masur, Yehudi Menuhin, Midori, Sir Simon Rattle, Mstislav Rostropovich, Isaac Stern, Yuja Wang, among many others. Of equal importance, the students are able to talk with these prominent musicians, asking questions about their lives, their professional and personal experiences, and about music. The SFSYO has toured internationally on eleven different occasions, garnering rave reviews and critical acclaim for its artistry in some of Europe’s most prestigious venues, such as the Amsterdam Concertgebouw, Berlin Philharmonie, Hamburg Elbphilharmonie, Moscow Conservatory, Mariinsky Theater in St. Petersburg as part of the White Nights Festival, Vienna Musikverein, and others. Its alumni have won positions in many major orchestras throughout the US and in Europe.

Tickets
Tickets for concerts at Davies Symphony can be purchased via sfsymphony.org or by calling the San Francisco Symphony Box Office at 415-864-6000. 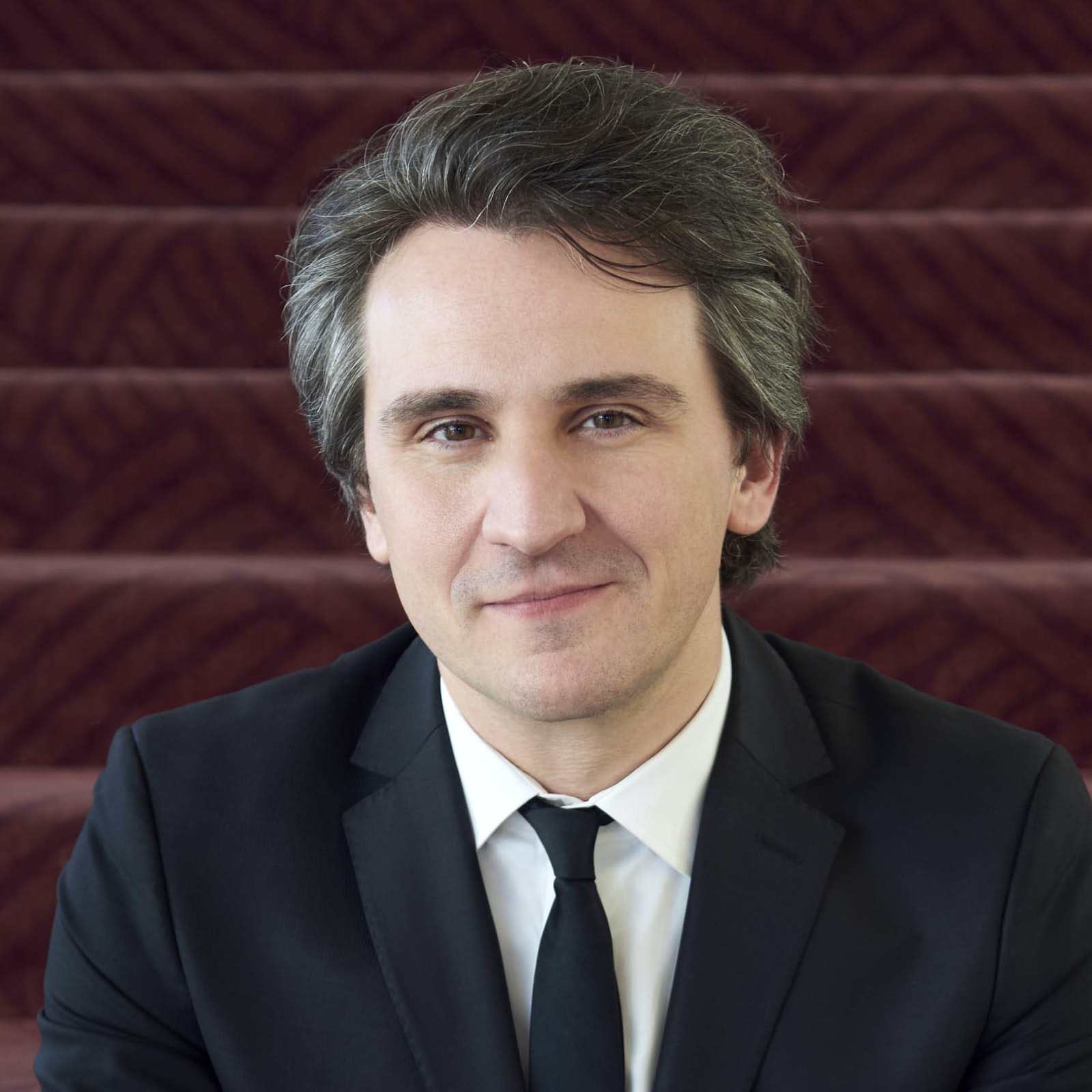 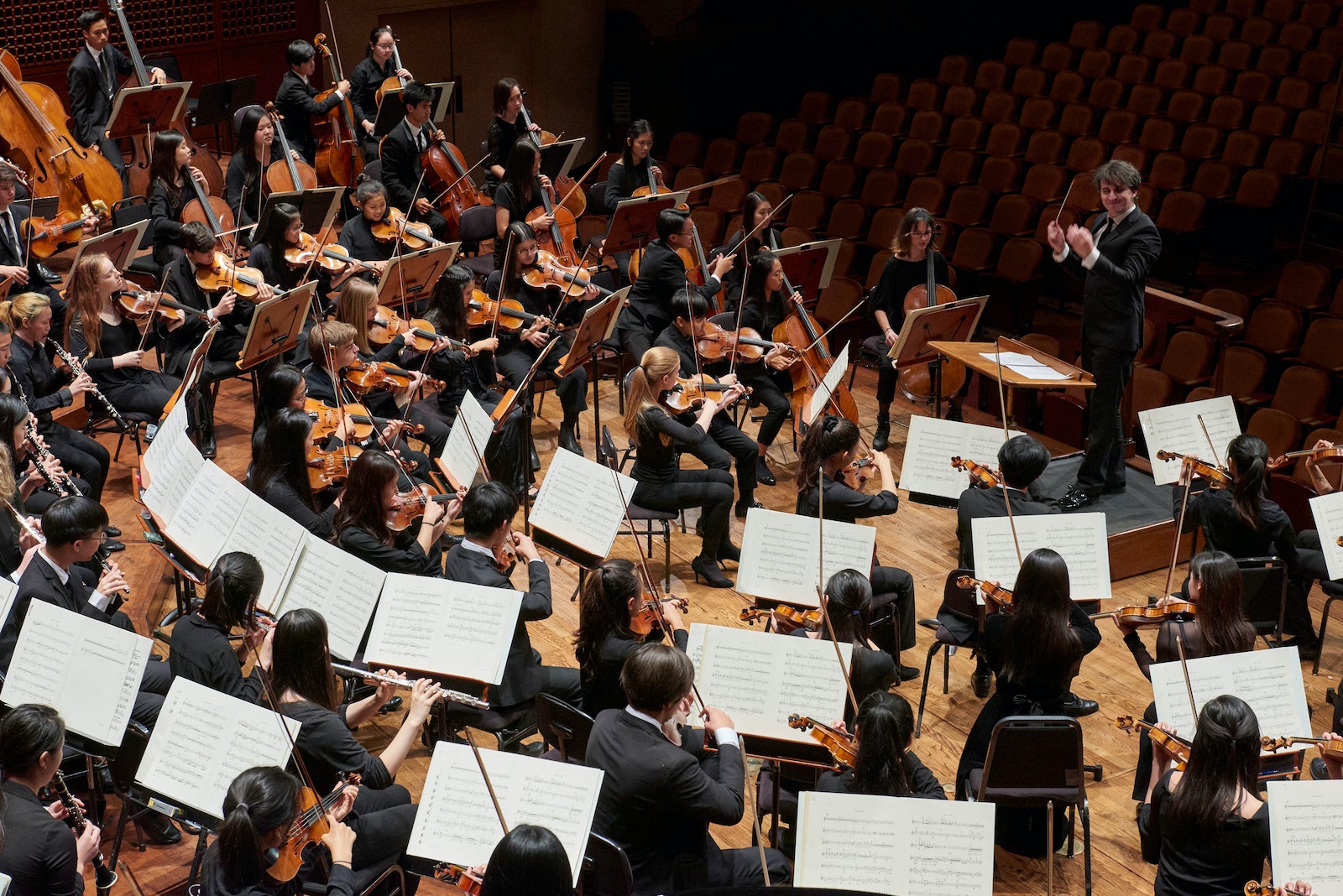